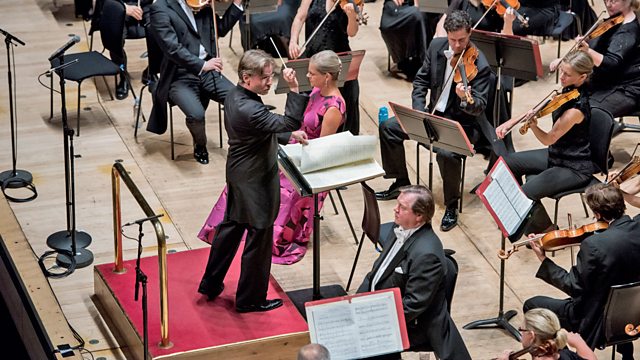 If size matters there can be few pieces more impressive than Arnold Schoenberg's Gurrelieder. Begun as a song cycle in 1900, by the time it had reached its final form in 1911 Gurrelieder had become a gargantuan post-Romantic epic. The vocal forces alone - five soloists, a speaker, three male choruses, mixed choir - call for over 250 performers. Add to that an orchestra including eight flutes, seven clarinets, ten horns, six trumpets, seven trombones, four harps, an extraordinary battery of percussion (how often do you see large iron chains on the concert platform?) and it all tots up to an awesome 400 musicians on stage.

In retelling the Danish myth of King Waldemar and his beloved Tove, Schoenberg's varied soundscape travels from rapturous love songs and nightmarish visions to end with an overwhelming final number as the sun rises in blazing C major.

Esa-Pekka Salonen has long been an ardent advocate of Schoenberg's early masterpiece, so this is promises to be an unmissable event.

Presented by Martin Handley, live from the Royal Festival Hall.