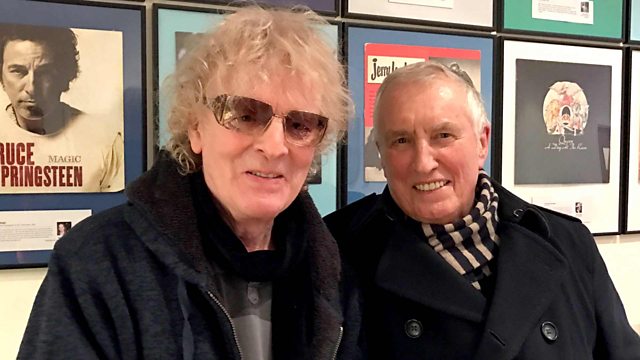 Mott the Hoople frontman and songwriter Ian Hunter joins Johnnie to share his memories of the 1970s and talk about the band's upcoming headline slot at a UK rock festival.

Ian Hunter found fame in the 1970s with his band, Mott the Hoople but he's also a successful solo artist and songwriter. He joined Mott the Hoople in 1969 after several years in the music business. It's well known that the band struggled to make their mark commercially in the early part of the decade, however they had a famous fan by the name of David Bowie.

Bowie himself had taken several shots at fame and wanted to help. He presented them with 'All the Young Dudes' which they recorded. The move paid off; Mott the Hoople got to number 3 in the UK singles charts with the song and Bowie went on to produce an album for them, also called 'All the Young Dudes'. Mott the Hoople's career took off after Bowie's assistance and they made their mark on the sound of the 1970's with albums 'Mott' and 'The Hoople'. Ian Hunter left Mott the Hoople in December 1974 and continued with his solo career. In 2009 Mott the Hoople reformed for a tour and again in 2013. At the end of June 2018, Mott the Hoople will be back in the UK once again, for a headline slot at the Ramblin' Man Fair in Maidstone.

Also on the show this week, Johnnie takes a look at some of the stories from This Week In Music and another listener will pick a classic seven-inch single to be added to Johnnie's Jukebox.

Graham Parker and the Rumour - Hold Back the Night

Johnnie Walker and the Sounds of the 70s listeners curate their own personal jukebox, filled with classic seventies seven inches.

This week they're adding "Hold Back the Night" by Graham Parker and the Rumour released in 1976.