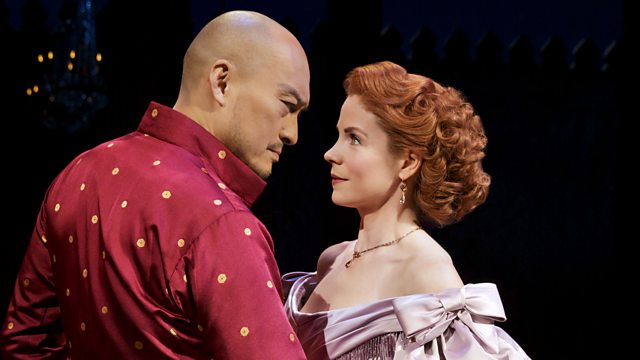 Bartlett Sher and The King and I, Olivia Laing, Museum of the Year report

Bartlett Sher on directing The King and I on stage, Olivia Laing on her debut novel Crudo, and an Art Fund Museum of the Year shortlistee The Postal Museum in London.

Bartlett Sher's adaption of The King and I won four Tony Awards during its run on Broadway and is transferring to London this month. The American director was highly praised for his updating of the Rodgers and Hammerstein musical, which is set in 19th century Siam but has been criticised for sexism and orientalism. Bartlett Sher discusses taking on this classic musical for a modern-day audience.

Writer and critic Olivia Laing, known for her non-fiction writing about art, sexuality and cities, discusses her debut novel. Crudo is a highly personal 'real time' account of the political and social upheavals taking place across the world during the summer of 2017, told from the dual perspectives of the writer herself and American experimental novelist Kathy Acker.

Ahead of the announcement next week of the winner of the £100,000 Art Fund Museum of the Year 2018, we'll be reporting from each of the five shortlisted museums, starting today with The Postal Museum in London, and its famous subterranean Mail Rail, which opened to the public last year.

Bartlett Sher and the King and I