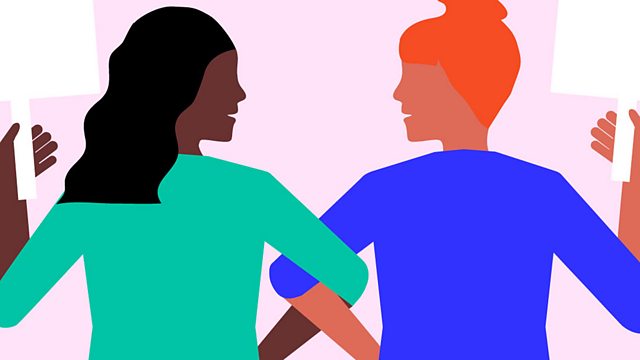 The results of the Woman's Hour poll on activism, campaigning and public life. Plus what do you do when your teenager asks if their girlfriend/boyfriend can stay overnight?

In the centenary year of some women being granted the right to vote, we asked ComRes to conduct a poll on attitudes to activism, campaigning and public life. We explore the findings and ask why women are still reluctant to get involved in public life.

Lore Segal, author of Other People's Houses, was among the first wave of children to flee the Nazis on the Kindertransport bound for Britain. Nearly 80 years after she boarded that train, Lore talks about her experiences as a refugee.

This weekend Saudi Arabia became the last country in the world to allow women to drive. Yet many of the women activists who defied the ban in 1990 were arrested in May and remain behind bars. How significant a victory is this for women's rights campaigners?

What do you do when your teenager asks if their boyfriend/girlfriend can stay overnight at your house? Do you insist on separate rooms or let them share a bed? Two listeners join Jane to discuss this parenting dilemma.