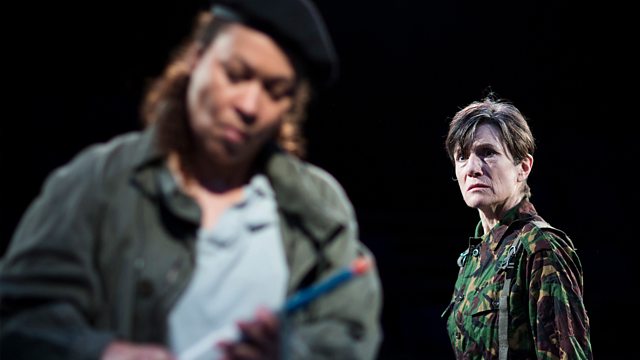 Julius Caesar depicts the catastrophic consequences of a political leader's extension of his powers beyond the remit of the constitution. As Brutus wrestles with his moral conscience over the assassination of Julius Caesar, Mark Antony manipulates the crowd to frenzied mob violence through his subtle and incendiary rhetoric. What follows is the descent of the country into factions and the outbreak of civil war.

Donmar Warehouse's Shakespeare trilogy began with the production of Julius Caesar - led by Dame Harriet Walter - in 2012 and was followed by Henry IV in 2014 and The Tempest in 2016. All three productions featured all-female casts and were shown to audiences in theatres in London and New York, as well as women and girls in schools and prisons. The film versions were shot in a specially built temporary theatre in King's Cross in 2016.

See all clips from Julius Caesar from Donmar Kings Cross (4)