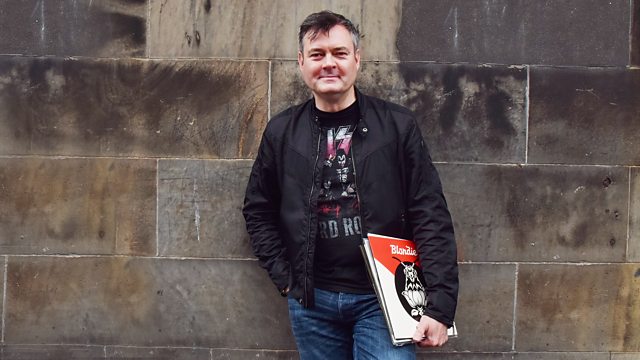 Celebrating the vinyl revival with classic records and new releases. Featuring Tom Bailey from the Thompson Twins and Jamie Cullum in conversation.

Tom Bailey looks back at why the Thompson Twins sound worked so well on vinyl, discusses the art of the 12" remix and celebrates his return to pop music with a brand new single and album.

Jamie Cullum nominates a classic jazz albums for the Vinyl Collective Collection. These are the 20 albums you should consider owning if you're starting a record collection. ABC's 'The Lexicon Of Love', 'Revolver' by The Beatles, 'Blue' by Joni Mitchell, 'Songs In The Key Of Life' by Stevie Wonder and The Stone Roses self-titled album, Fleetwood Mac 'Rumours', Rolling Stones 'Through The Past, Darkly' and Bob Dylan 'Highway 61 Revisited' are already on the list. Jamie's personal recommendation and a further two records are added to our record collection this week. Get in touch with your own suggestions.

There's another Classic 12" single on the record deck. Plus another Roots of a Sample, this week playing the original vinyl that helped create Eminem's 'My Name Is' and featured an unlikely cameo.

See all clips from Tom Bailey and Jamie Cullum (3)