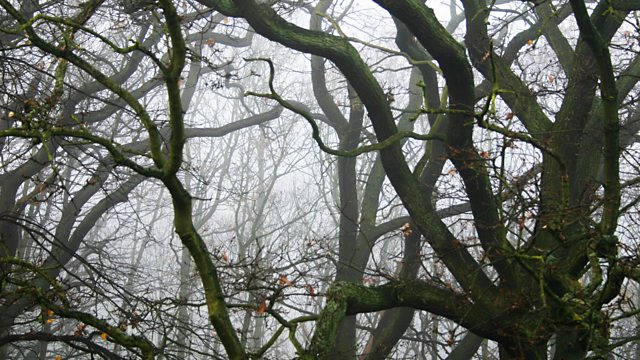 Amy Cutler, Lee Patterson and Barrel create a radical forest of the imagination at the BBC's Maida Vale studios.

As part of the Into the Forest week on BBC Radio 3, Late Junction brings artists together in the studio to create a radical forest of the imagination. Specially commissioned texts from poet and cultural geographer Amy Cutler explore the woodland ecosystem as an entanglement of lives, and are a springboard for spontaneous creation and foraging. Joining her in the studio at BBC's Maida Vale are string trio Barrel, whose improvisations call on disruption and riotous humour as well as a grounding in the classical tradition; and Lee Patterson with his array of amplified invented instruments, and field recordings of creaking trees and burning branches.

Plus, more new forest-themed music from singer and kannel-player Mari Kalkun, whose album 'Ilmamõtsan' (In the Wood of the World) was written in the wooded hills of southern Estonia.