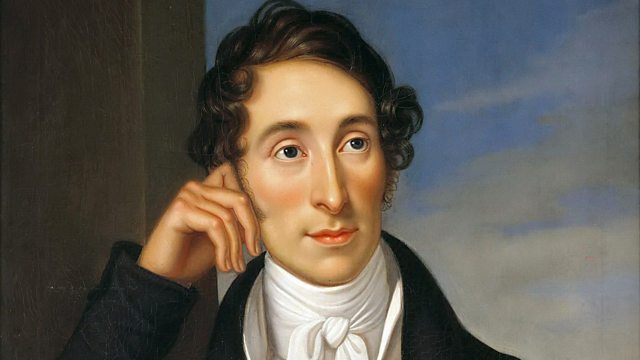 'You will never be a musician!'

Donald Macleod explores Weber's childhood in his family of travelling players; his first opera aged 14 and his arrest and banishment from the kingdom of Württemberg.

Carl Maria von Weber's father wanted a child prodigy like his niece's husband Mozart. But he was unimpressed by his son's attempts at learning the violin and rapped him over the knuckles with the bow, telling him: "Whatever will be made of you Carl, it will never be a musician!"

Donald Macleod traces Weber's childhood in the Weber family of travelling players through to the staging of his first opera in Freiburg aged 14. Then came a near tragic episode when the young composer somehow managed to mistake a bottle of nitric acid for a bottle of wine, which left his voice badly affected for the rest of his life. He eventually got a job at the Court at Württemberg in Stuttgart, but he and his father were arrested there for a scam and were banished from the kingdom.