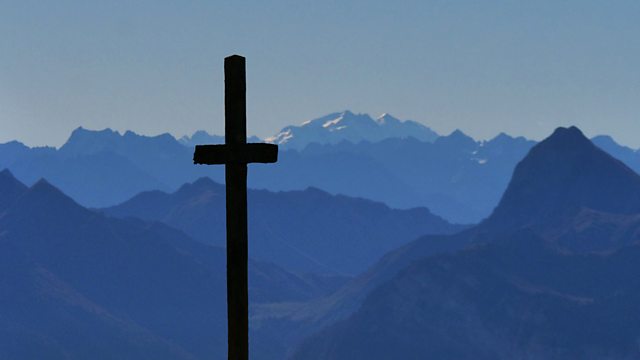 Book of the Week The Crossway
Episode 1 of 5

A year after a nervous breakdown, Guy Stagg decided to walk to Canterbury. And then he decided to keep going - on to Jerusalem, following the route of medieval pilgrims.

An epic journey, but also an intimate one. After several years of mental illness, Guy Stagg set off one morning, from London, to walk to Canterbury. Ill-prepared and not entirely clear why he was doing this, he nevertheless got there. Exhausted, he lay beneath the Cathedral walls and then decided to continue. A few months later, on New Year's Day, 2013, he set out from Canterbury to follow the paths of the medieval pilgrims to Jerusalem.

This is the story of his walk. Danger and physical hardship lay in his path but he was also haunted by the memories that he sought to flee and ambushed by echoes of his breakdown.

In five extracts from his account, this reading follows some of his experiences through snow and storm across the Alps, among other pilgrims in Italy, despairing and alone in Greece, and finally to the incessant rounds of competing worship in Jerusalem.

It's a journey through the pathways of faith and recovery towards healing and understanding.

In the first episode Guy leaves England for France, where the weather turns grim and the strangers are kind.