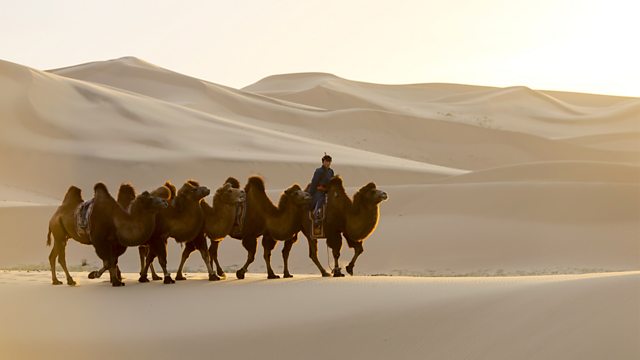 Deserts and the Nuclear Age

One-third of the earth's surface is classified as desert. The writer William Atkins has travelled to eight of the world's hottest, driest places. He tells Andrew Marr about these forbidding, inhuman landscapes.

The Arabian Desert lies mostly in Saudi Arabia but crosses borders from Egypt to Qatar, UAE to Oman. The economic analyst Jane Kinninmont looks at how this shared landscape affects regional politics and culture.

In the 1950s deserts were the preferred places for Britain and America to test their nuclear bombs in secret. The science journalist Fred Pearce explores the human ingenuity - and human error - that has fuelled the atomic age.

William Atkins’s first book, The Moor, was shortlisted for the Thwaites Wainwright Prize.

The Immeasurable World: Journeys in Desert Places is published by Faber.

Jane Kinninmont is Deputy Head and Senior Research Fellow of the Middle East and North Africa Programme at Chatham House. She contributes regularly to the media, including The Economist, The Guardian and Foreign Policy.

Fred Pearce is an award-winning journalist and author, reporting from 87 countries.  He is the environment consultant of New Scientist magazine.

Fallout – A Journey Through the Nuclear Age, from the Atomic Bomb to Radioactive Waste is published by Portobello Books.