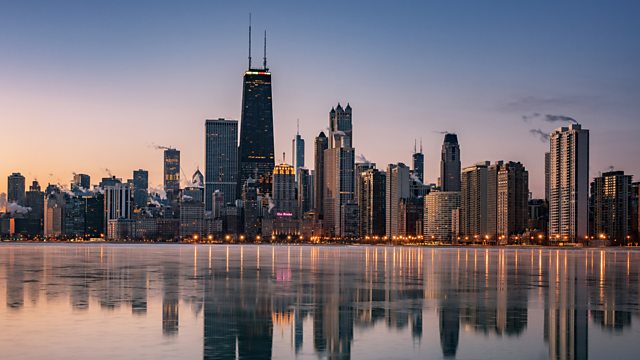 Tom Service visits Chicago to talk to cellist Yo-Yo Ma and conductor Riccardo Muti about the role of classical music and musicians in the city.

Whether as concert soloist, as founder of Silkroad Ensemble which explores musical traditions across the world, or through his collaborations with communities in Chicago, Yo-Yo Ma has consistently pushed the boundaries of what it means to be a musician, driven by his desire to explore the relationship between culture and the human experience. Although not a Chicagoan, Ma has had a big impact on the city through his performances with Chicago Symphony Orchestra and conductor Riccardo Muti, and his work with the orchestra's outreach department, the Negaunee Music Institute.

Riccardo Muti is famed as a conductor of Verdi and became Music Director at the orchestra in 2010 where he has continued his plight to engage people of all ages and from all backgrounds with classical music. Like Ma, Muti sees music as more than just entertainment - he is focused on making connections through music, both in his work in the schools, communities and prisons of Chicago and on his 'Roads of Friendship' project, collaborating with orchestras and musicians in conflict zones.

Tom talks to both about their musical lives, Chicago and the role music and culture can play in helping our understanding of the world and of each other. And 85 years after the premiere of her first symphony at Chicago Symphony Orchestra, we hear about the inspirational figure of Florence Price - Chicago-based composer and the first black American woman to have a symphony played by a major orchestra. Tom visits the Center for Black Music Research to meet Melanie Zeck and talks to composer and musician Renèe Baker about her work with the Chicago Sinfonietta and The Chicago Modern Orchestra Project, discovering how Florence is just one part of a history that needs to be told and a legacy that needs to be fulfilled.

Music and language in Northern Ireland