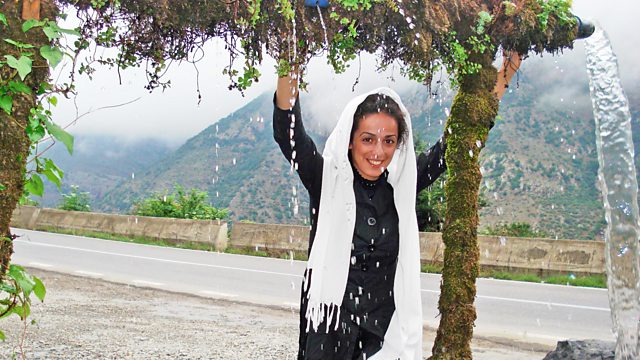 Today, Masih starts an underground political book group while at school. The group soon decides to publish secret pamphlets calling for greater freedom in Iranian society, and word of their activities begins to spread alarmingly quickly. Meanwhile, Masih struggles with the question of whether she can bear to get married, purely in order to travel and live more freely.

Masih Alinejad is a journalist and activist from a small village in Iran. In 2014 she sparked a social media movement when she posted a picture of her curly hair blowing in the wind without her veil or hijab. Across Iran, women started sharing pictures of their uncovered hair on Masih's Facebook page in open defiance of the strict religious beliefs of their country - and often, their families.

With the creation of My Stealthy Freedom Masih gained over one million supporters and inspired women everywhere to take a stand against the compulsory wearing of the hijab.

But behind the scenes of this movement, Masih has been fighting a painful personal battle. She is a divorcee - a sin equivalent to prostitution in Iranian culture. As a political reporter, Masih has been actively speaking out against the government's corrupt policies for more than a decade and this has led to her expulsion from Iran and separation from her son.

Childhood in Iran—The Wind in My Hair

Iranian Gaol—The Wind in My Hair