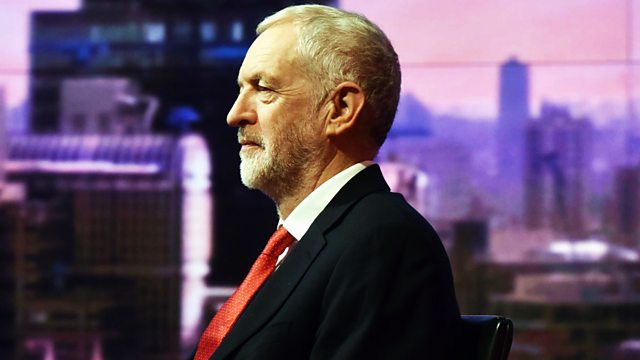 The Long March of Corbyn's Labour

The political journalist and commentator Steve Richards presents the first part of a new series about Jeremy Corbyn. Having previously explored the Labour leader's extraordinary path to the top of his party, Steve updates the story to cover the events of the past year and explore prospects for the future. Jeremy Corbyn surprised his critics by achieving much better than expected results at the general election in June 2017. How far has he strengthened his leadership and his standing in the country? Tracing the key moments in the period since, such as the internal struggles over Brexit and the row over anti-Semitism, we explore how Jeremy Corbyn has been adapting to the challenges of leadership and preparing for possible power.

See all episodes from The Long March of Corbyn's Labour