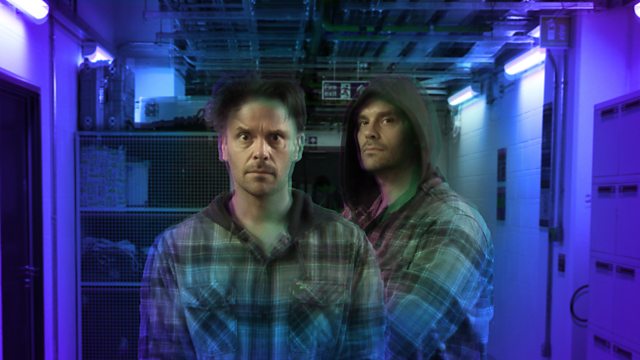 Dostoyevsky's nightmare vision starring Joseph Millson as Golyadkin, a man whose life is usurped by his double. Jonathan Holloway's adaptation is set in a steampunk St Petersburg.

Jonathan Holloway's reimagining of Dostoyevsky's nightmare vision of a lonely civil servant driven to madness when his life is stolen by a doppelganger.

Jonathan Holloway has taken Dostoyevksy's tale of the lonely civil servant on the verge of a nervous breakdown and relocated it to a steampunk version of 19th Century St Petersburg, substituting the labyrinthine Tsarist bureaucracy of the original with the advanced computer systems office of the Russian Federation's Intelligence Services.

To win his superiors' admiration the story's hero, Golyadkin, starts working on perfecting a new cyber-weapon only to find that a new arrival in the office who looks remarkably like him is taking all the credit for his work.

In this new adaptation the 21st century begins to intrude - samovars bubble, dances mix trance with live string quartets, electric taxis whine on the highways while horses clatter by and computers are gas-fuelled.

In Golyadkin's fractured mind he's lost all sense of where he exists in time and what we're experiencing is his dream of the future.

Dostoyevsky's themes of grinding bureaucracy, societal pressures inducing feelings of inadequacy and hopelessness are given a bleakly modern twist.