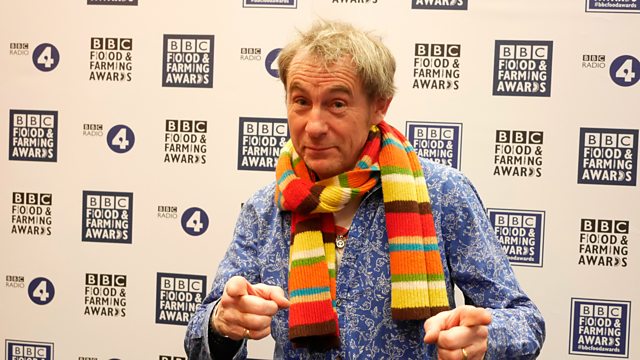 As part of the BBC Food and Farming Awards Nigel Barden and Tom Parker Bowles met an amazing array of street food vendors. In this programme Nigel tells the finalist's stories and visits KERB market in Camden to hear how the industry is rapidly evolving across the UK.

First they meet Manjit Kaur and Michael Jameson from Manjit's Kitchen in Leeds. Manjit and Michael started by doing home deliveries of vegetarian traditional Punjabi food and now have a permanent home in Kirkgate market as well as a horsebox they use to serve across the country.

The Bees Country Kitchen in Chorley is run by Sarah and Mike Bryan. The Bees serve a huge array of dishes from Chorley Market including vegan and healthy meals. They have a huge commitment to using local produce and serving their community.

The Old Granary Pierogi in Herefordshire is run by Emilia Koziol-Wisniewski, husband Piotr and brother Jacek Koziol. They talk about the difficulty they had as immigrants coming to this country and starting their business selling traditional Polish food when hardly anyone knew what it was.

Nigel also talks to Mark Laurie from The Nationwide Caterers Association (NCASS) about how the industry has changed even in a short amount time as well as what we can expect in the future.

Presented by Nigel Barden
Produced in Bristol by Sam Grist.

The Mothership of Brewing: Beer and the Belgians