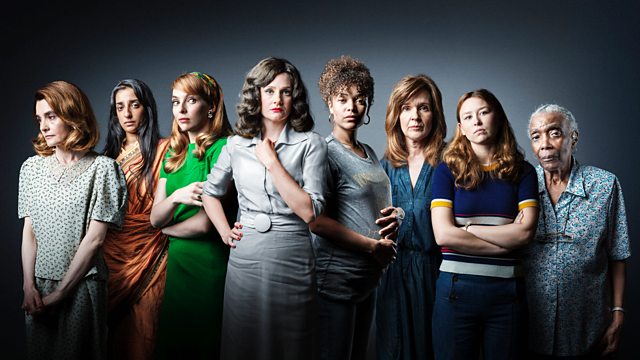 The Prime of Miss Jean Brodie at The Donmar, Hereditary, Eden to Empire and Course of Empire at London's National Gallery, Everything Under by Daisy Johnson and Snatches on BBC4.

The Prime of Miss Jean Brodie has been adapted for the stage at London's Donmar Warehouse to mark the centenary of Muriel Sparks' birth
There's a new horror film which some critics have been comparing to The Exorcist and other touchstones of the genre; is Hereditary as scary as the publicity would have us believe?
London's National Gallery is staging two complementary exhibitions: Eden to Empire looks at the work of Thomas Cole, a Lancashire-born painter who became most famous for his landscapes of the American wilderness. Course of Empire is a smaller collection of work by contemporary American painter Ed Ruscha
Daisy Johnson's novel Everything Under resets a classical myth into the modern-day, set on the waterways of rural England
Snatches is a series of 15 minute monologues beginning on BBC4 to mark 100 years of women's suffrage. It tell tales of moments from women's lives over the last century,

Hereditary  (Cert 15) is on wide release

The Prime of Miss Jean Brodie

Everything Under by Daisy Johnson is published by Jonathan Cape

Eden to Empire and Course of Empire

Life Study for the Prostrate Shepherd in the Angel Appearing to the Shepherds, 1831–2

Rosie recommends After the Party by Cressida Connolly