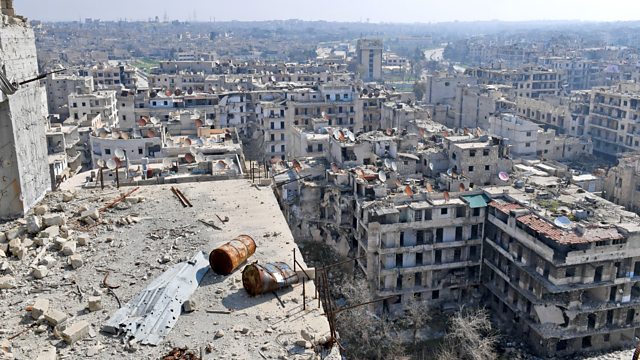 How Syria Changed the World

Edward Stourton and guests trace the rise, fall and legacy of the militant group which calls itself Islamic State. Is IS-style terrorism in the West now here to stay?

In July 2014, the Muslim cleric Abu Bakr al-Baghdadi addressed his followers as 'caliph', leader of a Muslim nation and successor to the Prophet Mohammed. It was the first time in almost a century that any significant figure in the Islamic world had claimed this ancient title, and it was a dramatic illustration that there was a powerful and terrifying new force in play: the radical Sunni Islamist militant group which calls itself Islamic State. Edward Stourton and guests trace the rapid rise, fall and legacy of the group.

Guests:
Fawaz Gerges, Professor of Middle East Politics and International Relations at the London School of Economics
Patrick Cockburn, journalist and author of 'The Rise of Islamic State; ISIS and the new Sunni revolution'

See all episodes from How Syria Changed the World