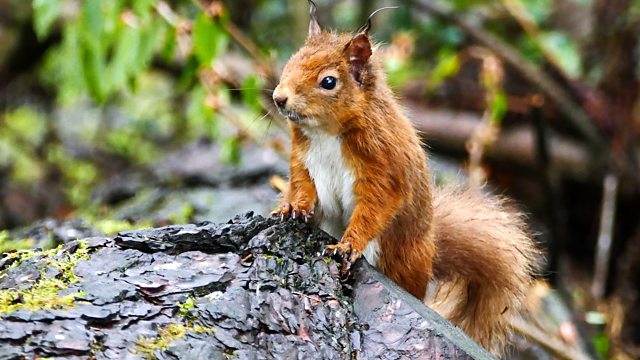 It is the end of the first week of this year's Springwatch, and the team reviews the extraordinary events that have already taken place.

It's the end of the first week of this year's Springwatch, and the team reviews the extraordinary events that have already taken place.

Gillian Burke is looking back at her week on Shetland including the orca, otters and gannets she has been following, as well as meeting a bird with a remarkable reputation for hunting puffins - the great skua or bonxie.

Chris and Michaela delve into the blue tit nest to explain how the parents make sure that all 11 chicks get enough food, and give a demonstration of how birds can sing whilst flying, using a remarkable couple of props made by the team.

Viewers have been sending their responses in to the team about their observations of migrating birds, and Steve Backshall wraps up his week by showing the bats and moths that he found in the top of the canopy overnight.

There is the final installment in the Gower series, where we find out whether the ravens, chough, Dartford warblers and stonechats all successfully bred; a film about author Mellissa Harrison and her adventures in the rain; and a spellbinding performance by a nightingale, as wildlife sound recordist Gary Moore goes in search of its night-time song.

See all episodes from Springwatch