BBC Two
Grammar Schools: Who Will Get In?
Main content 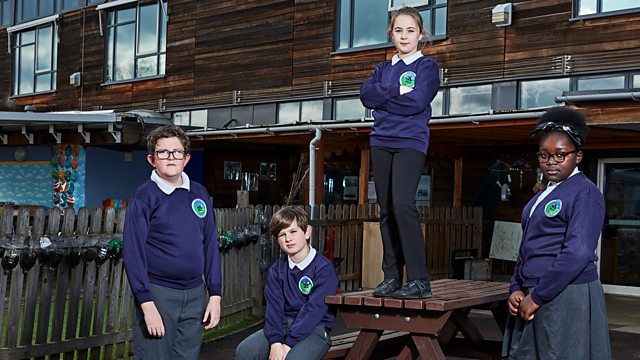 Grammar Schools: Who Will Get In? Series 1
Episode 1 of 3

Documentary series examining how the 11-plus selection test impacts on education. The first episode follows children from Upland Primary School as they prepare to take the test.

Each year tens of thousands of children across England take the 11-plus selection test, and for the first time in decades, there are plans to expand selective education. Filmed over one term with access to three schools in Bexley, which has a fully selective education system, this series follows children and teachers to see how selection impacts on education.

In the first episode, we follow a group of children from Upland Primary School as they prepare to take the test right up until results day. Ten-year-old Joanita has had extra lessons outside school for nearly three years in preparation for the test. Summer, also ten, is one of the few children at the school who will be taking the test without any private tuition. Critics of the selection test say private tutors give an unfair advantage to the children of wealthier families, but supporters argue the test is designed to be tutor-proof. If Joanita and Summer don't reach the 'selective' level, they might go to Erith School, a secondary modern which is striving to pick itself up after an Ofsted report which judged the school to require improvement. Two miles away is another possible destination if they do reach the selective level - Townley Grammar School is one of the country's best, judged to be outstanding by Ofsted.

See all episodes from Grammar Schools: Who Will Get In?