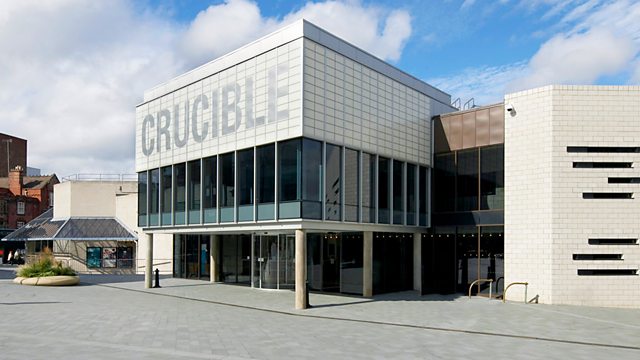 Sarah Walker presents chamber music by Stravinsky and Rimsky-Korsakov performed by Ensemble 360 at the Sheffield Crucible studio as part of the recent Russia in the Round season.

This week's Lunchtime Concerts come from Sheffield's Crucible Studio as part of the recent "Russia In the Round" season. In today's programme, Sarah Walker presents works by Rimsky-Korsakov and Stravinsky alongside a new work by composer Tom James, as performed by Sheffield's resident chamber music group Ensemble 360.

Rimsky-Korsakov: Quintet in B flat major for piano and winds
Ensemble 360.

Episode 3—Russia in the Round at the Sheffield Crucible studio