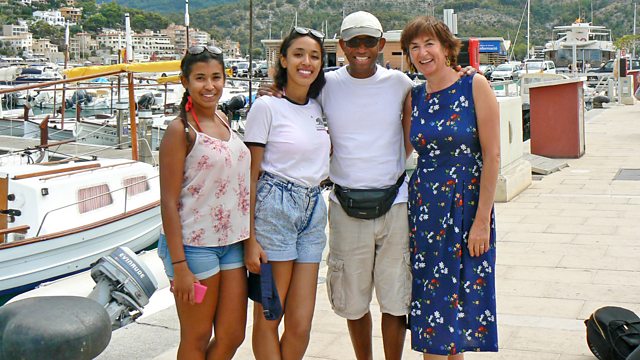 In the first of a two-part series, journalist Hugh Muir examines the Carib-British phenomenon, exploring the lives and identities of British Caribbeans in the UK.

In the first of a two part series, journalist Hugh Muir examines Carib-British identity through the descendants of Windrush.

Hugh Muir explores the lives and identities of British Caribbeans in the UK.

There are almost 1 million people in the UK who identify as having Caribbean or mixed Caribbean heritage. Through the stories and memories of Hugh's family and others, he tries to understand how a British Caribbean presence and identity was formed over three generations.

This first episode is set between two homes - that of Hugh's dad, William Edward in rural Aberdeen, south west Jamaica, and the traditional Caribbean front room of the 1960s and 70s. It was in this symbolic space that many West-Indian parents, including Hugh's now ageing and frail father, paraded the beliefs and values they sought to pass down to subsequent generations - religious values, work ethic and aspiration. It was where children absorbed their parents' culture via the radiogram, blues parties, prayer gatherings and stories of "back home".

But passing the torch from conservative parents with a sense of Empire and notions of the Motherland to children forced to navigate Britain as it was, while forming their own identities, was not an easy process. There was conflict inside and outside the home and a struggle with the authorities, which continues to this day with the Windrush immigration scandal.

And yet there emerged from that process an explosion of vital and distinct British Caribbean culture - lovers rock, the soundsystem, a look, and a vocabulary that helped the Windrush children stamp their imprint on British society and pave the way for the next generation.

See all episodes from Caribritish: Children of Windrush