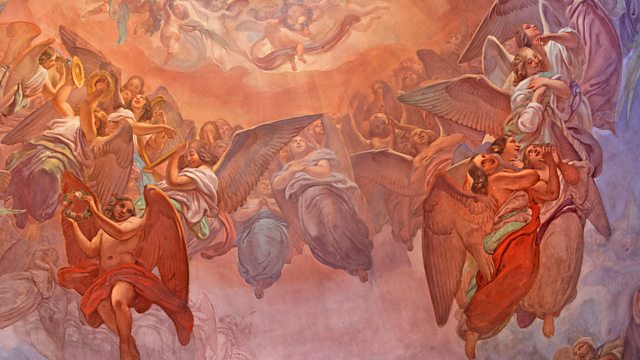 The Glory of Polyphony

Polyphony (literally, 'many sounds') reached its peak in choral music during the historic Renaissance period. Peter Phillips first discovered its magnificent sound world at the age of 16 and ever since has devoted his life to performing and recording it. He even formed his record label and choir -The Tallis Scholars - to share the music with others. In each programme in this series, Peter will share his knowledge of and passion for Renaissance choral music by exploring the lives and works of two very contrasting composers. He'll showcase their unique styles against the social backdrops of the late 15th to early 17th centuries by telling some of their personal stories and explaining the original purpose of the music. He'll also explore the music's meditative qualities and its power to affect worshippers and audiences past and present.

In this first programme, Peter will delve into the lives and music of two contrasting Italian composers: Giovanni da Palestrina and Carlo Gesualdo. Palestrina was arguably the most venerated composer of his generation and a "safe pair of hands" for the Vatican, whilst the anti-establishment prince Carlo Gesualdo's infamous personal darkness coloured his dissonant and dramatic music.

See all episodes from The Glory of Polyphony