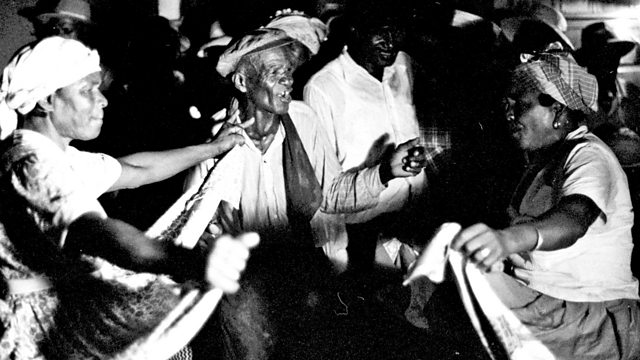 Zakia Sewell returns to the home of her grandparents, Carriacou, a small island off the coast of Grenada, to discover the Big Drum tradition - a dance ritual with its origins in West Africa and passed on through generations since the slavery era.

Zakia's great grandfather, Williamson Lambert, and his two brothers were a legendary Big Drum group on the island. She tracks down family members to hear the story of his life and his music, talking to local drummers, dancers and historians and finding out how this tiny island in the Eastern Caribbean has maintained its connection to Africa for over 300 years.

Carriacou is tiny, just 12 square miles, but, because of its size and relative isolation during the slavery era, the songs, dances and rhythms of West Africa - carried to the island by enslaved Africans - were played out with little restriction and continued to survive. They were inscribed with the sounds and songs of older tribes to which they belong - Ibo, Congo, Temne, Mandinka, Chamba and Kromanti.

The Big Drum tradition weaves past with present - music and memory with spirituality. The stories in the songs provide an alternative history to the colonial records, and for islanders and their descendants, including Zakia, a vital connection to a deeper past.