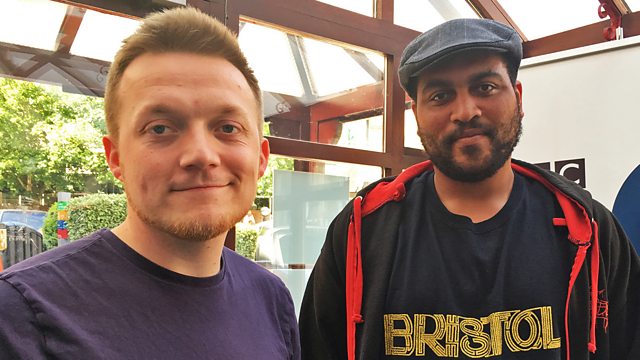 Film-maker Michael Jenkins talks to young fathers about the challenges of becoming a parent as a teenager.

Michael Jenkins became a Dad unexpectedly aged 18. In this series he's been talking to other men who were also teenage fathers. They talk frankly and openly about the challenges of parenthood at such a young age.
Adam James admits to having very little focus in his life and was half heartedly going to college when he discovered aged 18 that his partner was pregnant. Becoming a Dad has meant learning responsibility, discipline and patience and he's now 24 and has two children. He talks to Michael about the pressures and pleasures of being a father so young.