BBC One
The Doctor Who Gave Up Drugs
Main content 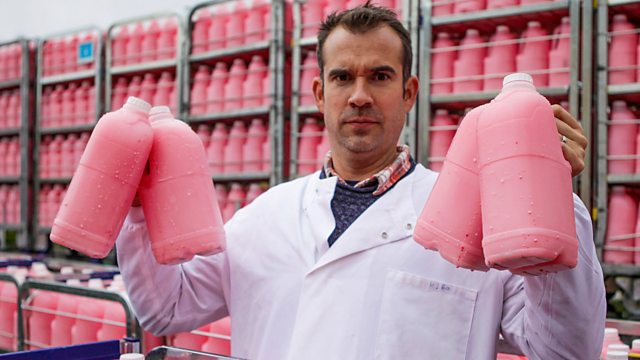 Dr Chris van Tulleken tries to understand why British children are taking three times more medication than they were 40 years ago.

Two years ago, Dr Chris van Tulleken discovered we are taking more prescription drugs than ever before - a billion prescriptions a year in the UK. He worked with a GP surgery to get patients to try drug-free alternatives - with amazing results.

Now he is on a new mission - to understand why we are giving British kids over three times more medication than we were 40 years ago. As a new dad, Chris has a very personal motivation to explore the reasons behind this explosion in medication. In the series, he sets about finding alternatives which might be just as, or even more, effective than drugs. He tackles the shocking rise in teens taking antidepressants by testing if wilderness therapy can work where the drugs are failing. He investigates why parents are giving out so many over-the-counter meds when they may not be always necessary, and he helps hyperactive kids replace their drugs with mindful meditation.

He also digs deeper into the forces driving the over-medication of UK children and asks whether the drug industry itself could be playing a part in the rise. In 2016 we spent a staggering £64 million on one brand of children's liquid paracetamol. Chris meets a self-confessed fan who reveals she has bought over 25 bottles in less than two years! As a new dad, Chris doesn't blame vulnerable parents. His research reveals a pharmaceutical industry that helps create a culture which, he believes, encourages parents to unnecessarily use liquid paracetamol. At a family fair in Bristol, Chris creates a surprising stunt to show Britain's parents when not to give liquid paracetamol and make sure they don't waste their hard-earned money giving children drugs they don't need.

One of the other areas where medication rates have increased the most is treating kids' behavioural problems - prescription meds for ADHD have increased by 800 per cent since 2000. These drugs do help some symptoms of ADHD in the short-term, but side effects can include loss of hunger, changes in personality and stunted growth. Chris joins a group of hyperactive children as they attempt the impossible - an intense course of stillness and mindful meditation as an alternative to the meds. As the families go on transformative and emotional journeys, they discover, with poignant results, that ADHD remedies do not always have to come in a pill.

See all episodes from The Doctor Who Gave Up Drugs