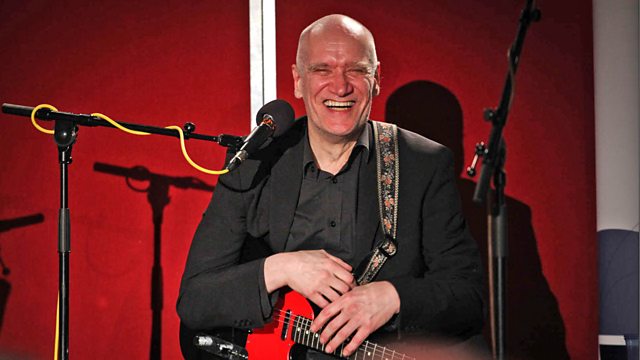 Mark Radcliffe chats to Wilko Johnson, formerly of Dr Feelgood. He recently collaborated with The Who's Roger Daltry and now is just about to release his first album of new material in 30 years.

PLUS - news alert - there's an exclusive first play of a track from 'Big Red Machine' - a brand new project by The National's Aaron Dessner and Bon Iver as well as an exclusive Music News interview with Aaron Dessner himself telling Elizabeth Alker all about their new music.

Also on the show today... the never-ending feature The Chain - which links together one record to another using YOUR suggestions - and Teatime Themetime, when you pit your musical wits to be first past that Chocolate Bourbon post and gain glory round the office biscuit barrel. AND if that weren't enough - we bring you the latest updates in the world of rock and pop in today's Music News.