BBC Two
Motty - The Man Behind the Sheepskin
Main content 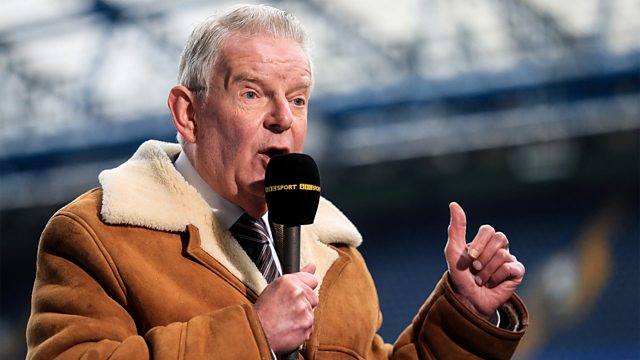 Motty - The Man Behind the Sheepskin

Charting John Motson's poignant, but fun-filled, journey around the football grounds that have provided the backdrop for so many remarkable commentaries and football stories.

This season marks John Motson's 50th and final season working for the BBC. This special documentary charts his poignant, but fun-filled, journey around the football grounds that have provided the backdrop for so many remarkable commentaries and football stories from this unique broadcaster, famed for his love of a sheepskin coat.

Along the way, we catch up with the key characters that have played starring roles in those famous Motty commentaries - starting with Hereford legend Ricky George. The programme relives some of his immortal commentary lines with the stories behind them from 'The Crazy Gang have beaten the Culture Club' at the 1988 FA Cup final to 'things are getting better and better' when England won 5-1 in Germany.

What has been the secret to the success of the man found to have the perfect commentary voice? Famed for his love of statistics, he is a wonderful orator and a much loved friend to many. With unique access to Motty's farewell tour, we also hear from those closest to him including his beloved wife Annie and son Freddie, football legends Gary Lineker and Ian Wright, his two co-commentators Sir Trevor Brooking and Mark Lawrenson, plus celebrity football fans Noel Gallagher and Sir Rod Stewart.