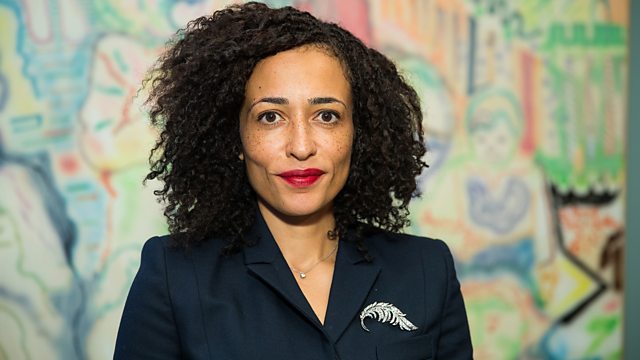 Book of the Week Feel Free
Episode 4 of 5

Zadie Smith reads from her essay collection: the Philip Roth Lecture with ideas on the art and practice of writing. From 2018.

Zadie's inaugural Philip Roth Lecture, given at the Newark Public Library on 27 October 2016, where she airs some thoughts on the art and practice of writing fiction.

Zadie Smith reads from her essay collection where she offers sharp, and sometimes funny, insights and observations on high culture, pop culture, social change, political debate and the personal.

Zadie Smith is the award winning author of the novels, White Teeth, The Autograph Man, On Beauty, NW and Swing Time. Feel Free is her second essay collection. She was listed as one of Granta's 20 Best Young Novelists in 2003 and again in 2013. Her 2000 debut White Teeth, won numerous literary awards, including the James Tait Black Memorial Prize, the Whitbread First Novel Award and the Guardian First Book Award. Zadie Smith is a professor of fiction at New York University.

Abridged and produced by Elizabeth Allard.