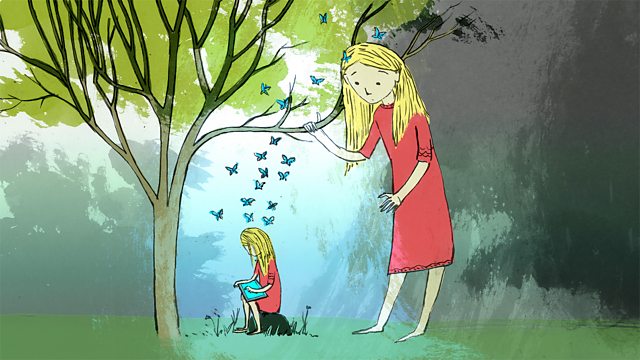 Aleks explores moments of reckoning- when everything before is put into the sharp focus of everything after - because of something we did or something that happened to us.

Aleks is looking at regret, that sinking, nagging feeling when we realise we have made the wrong choice or when things have not gone the way we hoped or envisaged. Ethan Zuckerman was one of the early architects of user generated content on the internet in the mid nineties. He created the code that lead to the pop up advert which he still regrets today but Aleks finds out not for the reasons you would think.

Denise Locke was on Flight 1549 which miraculously landed in the Hudson River in 2009. She had a choice to get on the flight that day because the weather delay meant she was texted by the airline to give her the option not to fly. She flew anyway and despite suffering post traumatic stress she does not regret the experience. It has changed her life, she now lives much more in the present.

Professor Amy Summerville runs a regret lab at Miami University, Ohio, she talks about the importance of regret and why it helps us to understand the world around us. Amy thinks that in our modern world we experience more regret, because of what she refers to as counterfactual thinking and the abundance of choice we now have because of technology.

Simon Yates one of the protagonists in the film and book Touching the Void, speaks about why he cut the rope his climbing partner was dangling on up a mountain in Peru and why he has no regrets about what he did.

Mel Slater and Doron Friedman both push the boundaries of what' s possible in virtual reality. They're exploring the use of clones in VR which are able to go back in time and re live past experiences. They believe this technology will have great impacts not only on our how we perceive the self and on identity but also how we experience and deal with regret in the future.

Professor Mel Slater is a research professor at the University of Barcelona, Spain where he leads the Event Lab.  Mel is also a Professor of Virtual Environments at University College London. Mel is particularly interested in virtual reality for the creation of social scenarios and also in using the power of virtual reality for changing the self.

Ethan Zuckermann is the director of the MIT Center for Civic Media and Associate Professor of the Practice in Media Arts and Sciences at MIT. But back in the very early days of the internet he created a bit of code that he now regrets but not because of what it created at the time but where it led us to now.

Denise Locke lives in Charlotte, North Carolina.  In January 15th 2009 she was in New York and boarded Flight 1549 which was later to crash land into the Hudson River.  Miraculously all the passengers survived but Denise has since experienced post traumatic stress but she does not regret flying that day.

Professor Doron Friedman is head of the Advanced Virtuality Lab at the IDC in Herzliya, Israel and is currently involved in several international projects in the areas of telepresence, intelligent systems, and advanced human computer interfaces.  Doron is interested in pushing the boundaries of what is possible in Virtual Reality.

Professor Amy Summerville runs The Regret lab at Miami University, Ohio. Her research looks at why people think about “what might have been,” and the effects of these thoughts in everyday life. She's particularly interested in the experience of regret, the negative emotion stemming from the realisation that your actions could have resulted in better outcomes than actually occurred.

Simon Yates is an explorer and mountaineer and in 1985 he climbed the west face of Siula Grande in the Huayhuash mountain range in the Peruvian Andes with fellow climber Joe Simpson. On the descent, an accident resulted in Joe falling over a cliff while roped to Simon.  Simon was forced to cut the rope to avoid both climbers falling. Joe survived, and recounted the story in the book Touching the Void which was later adapted into a film.  Simon never regrets cutting the rope.