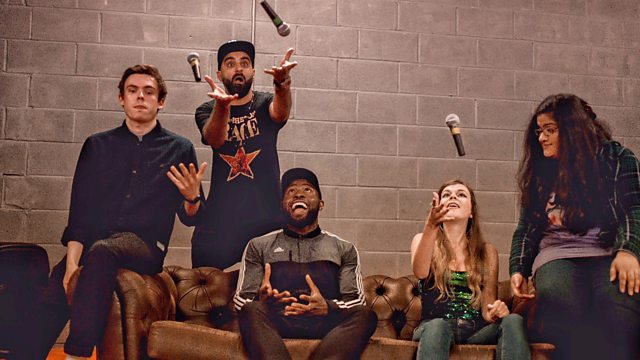 4 Stands Up at The Biggest Weekend

Stand-up from the Biggest Weekend festival hosted by Tez Ilyas.

A stand-up show recorded this weekend at the Leamington Assembly featuring a new and exciting generation of comedians from up and down the UK who have recently featured in Radio 4's celebrated 11:00pm comedy slot and have also been heard on the new raft of comedy podcasts launched by the BBC in 2018.

Rhys James - the man behind the recent Radio 4 hit 'Rhys James is.'