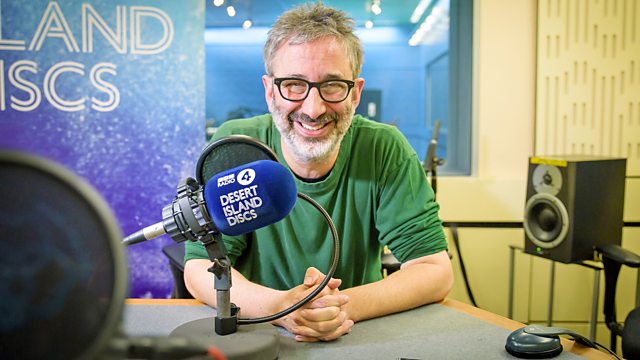 David Baddiel is a comedian and writer. Known both for his solo work and for his comedic collaborations with, among others, Rob Newman and Frank Skinner, he has also written a screenplay, a musical and several books. Born in 1964 to Jewish parents, the second of three boys, he was brought up in Dollis Hill, London. His father was a scientist from Swansea and his mother was a refugee, whose family had to flee from Nazi Germany. When David was 13, his older brother Ivor played him sketches by Derek and Clive which kindled his appetite to become a comedian.

He read English at Cambridge and became vice-president of the Footlights before starting out on the London comedy circuit. Together with Steve Punt, Hugh Dennis and Rob Newman, he was part of The Mary Whitehouse Experience for Radio 1 and later BBC 2. Rob and David went on to create Newman and Baddiel in Pieces, and were the first comedians to sell out Wembley Arena with a gig in 1993, prompting newspapers to declare comedy "the new rock 'n' roll". David then formed a comedy partnership with Frank Skinner and they hosted Fantasy Football League and later Baddiel and Skinner Unplanned. They co-wrote the lyrics to one of the best-known football songs, Three Lions.

In 2005, David took a break from performance and concentrated on writing novels for adults and children's books as well as the script for a film, which became a musical, The Infidel. He returned to stand-up in 2013 with a show about fame. He recently mined his parents' idiosyncrasies and the rare form of dementia from which his father suffers for a stand-up show entitled My Family: Not the Sitcom. His partner is fellow comedian and writer Morwenna Banks. They have two teenage children.

See all clips from David Baddiel (2)