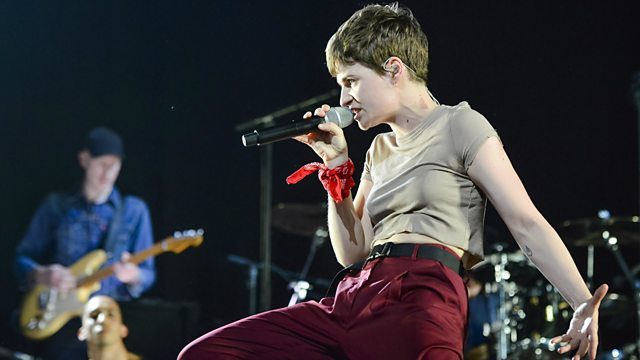 Heloise Letissier, aka Christine and the Queens, talks about creative independence and being taken seriously #WHPowerList. Plus how it feels to be locked in your own body.

The Woman's Hour Power List this year will focus on Women in Music - performers, technicians and those running the business end of the industry. On Monday's programme we featured interviews with several female perfomers at the BBC's Biggest Weekend in Swansea. Today we hear from Heloise Letissier is Christine and the Queens. A French singer, songwriter and producer whose work combines music, performance, art videos, drawings and photography.

The latest ONS Crime Survey revealed that young women are the age group most likely to experience domestic abuse with an estimated 11% of 16-19 years old having experienced it in the last year. A couple of weeks ago Jane Garvey spoke to three young women now in their twenties, Sophie, Chlo and Amy who talked about what happened to them in their first serious relationships. Today, we hear from them about why they stayed in the relationship, the long term impact and how much their friends and family knew about what was going on. Plus advice from Amna Abdullatif, a community psychologist who's currently working as the Children and Young People's Officer for Women's Aid. What are the signs to look out for? What can you do to help young people who may be in abusive relationships

Scientist Rikke Schmidt Kjaergaard had been celebrating New Year when she was struck down by a bacterial infection that left her paralysed and locked-in her own body, able only to communicate through blinking. She talks to Tina about her recovery and the impact the experience has had on her and her family.

Advice and Support On Domestic Abuse and Violence