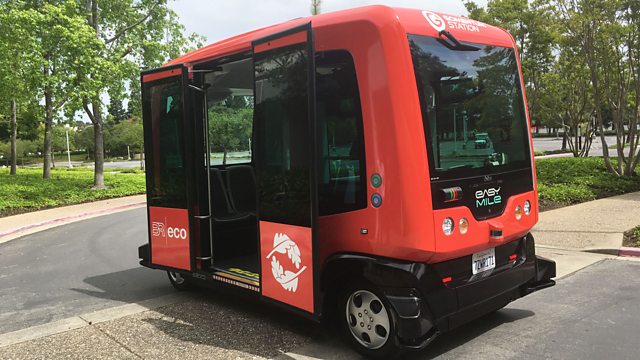 News and discussion of consumer affairs. Trains, planes and autonomous cars - how will you be travelling around in 20 years' time.

In this special programme from California, we look at how transport is changing.

In 20 years, will we be travelling around in cars without drivers? Will we get to work in trains that glide on air and cover vast distances in minutes? Will we even be able to travel to space like tourists?

You'll hear directly from the tech entrepreneurs working on autonomous cars, and we'll ask how safe they are, after the death of a pedestrian in Arizona. We speak to the man who became the first consumer to ever ride in one and hear from the team hoping to bring them to the UK.

Can you imagine travelling down a tube in a pod at speeds of up to 700mph? We visit the engineers in Los Angeles who're working on new Hyperloop technology. Think of it like a train, but it glides using magnets.

Plus Sir Richard Branson in a spacesuit? The entrepreneur on his high hopes for space travel.

Call You & Yours - Have you ever switched careers?