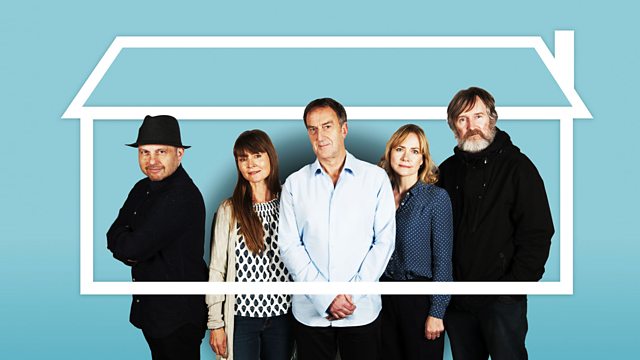 Mitch's plan to watch the Aussie tennis final alone goes up in smoke. Ellie struggles with her Facebook reaction to a death, while Louisa has to find a date. Stars Angus Deayton.

Mitch (Angus Deayton) is a widower and part-time therapist who is looking to put his life back together now that he is single and living - supposedly temporarily - with Will (Pearce Quigley), his younger, more volatile and unhappily divorced half-brother.

In The Big Match, Mitch has plans to watch the Australian tennis final on his own - but no-one else quite got the memo and they all turn up to watch the match too. Unfortunately for Mitch, Will is trying to avoid working, Ellie is struggling with her Facebook reaction to a death, Morris is hungry and Louisa needs to find a hot date in a hurry.