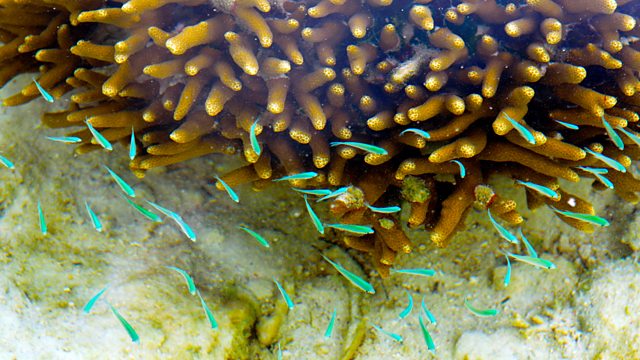 Climate Change and Me

Marine biologist Professor Callum Roberts of the University of York describes the dramatic changes to the coral reefs he's seen that opened his eyes to global climate change.

Five scientists, working in different parts of the world, bear witness to some of the dramatic changes to our planet that have occurred in their lifetimes, as the global climate warms.

1. Marine biologist and underwater diver, Professor Callum Roberts of the University of York, has seen coral reefs that were once multi-coloured and teeming with life reduced to grey, lifeless underwater landscapes with devastating consequences for marine bio-diversity. Just 0.1% of the ocean life is coral reefs but they support more than a quarter of all the species that live in the sea.

See all episodes from Climate Change and Me