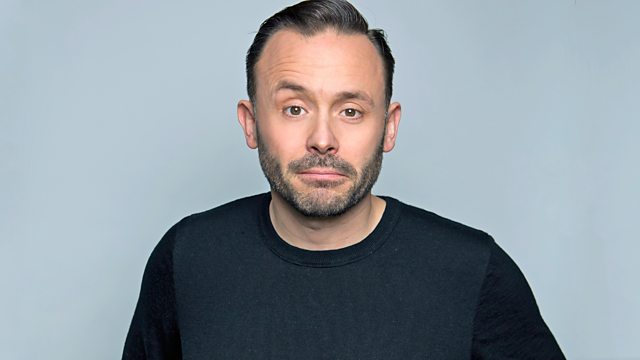 A council estate kid with disabled parents, Geoff Norcott often wonders how he ended up leaning to the right as one of the very few Tory stand-ups on the comedy circuit.

Geoff Norcott is working class, had two disabled parents, votes Tory and voted Leave. How did he end up a comedian?

In this stand up show, Geoff introduces us to his family, his early career as a teacher and how he ended up on Question Time.

He has a starring role in The Mash Report on BBC 2, has done a national tour and appeared on Live at the Apollo, Edinburgh Nights, Comedy Bigmouths, and The Wright Stuff, as well as Question Time - twice. Geoff has also found himself in demand as a social commentator on Radio 4's Today programme, Daily Politics on BBC1, Victoria Derbyshire on BBC 2 and Sky News' All Out Politics.

He writes for national publications with articles appearing in The Sunday Telegraph, The Independent and The New Statesman. He writes regularly for other comedians including Sarah Millican and Katherine Ryan. Geoff was nominated for Best New Show at the Leicester Comedy Festival and an has Operational Services Medal for five frontline tours entertaining the troops in Afghanistan.

Produced by Caroline Raphael
A Pier production for BBC Radio 4.

4 Stands Up at The Biggest Weekend