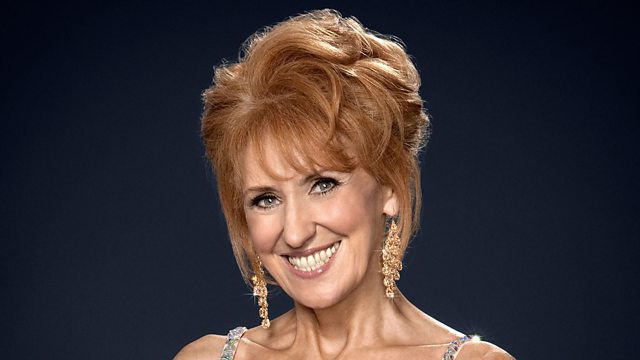 Anita Dobson on her new role, Plus men who train to seduce, gender-linked investment funds and the economic cost of child marriage.

Actor Anita Dobson plays an uptight matriarch in her new play, 3Women, by comedian Katy Brand. She discusses what the play says about being a woman today, and reflects on her 40 year career and never escaping Angie Watts - the Eastenders character that made her famous.

Plus, the 'seduction community' - the world of men who think they can learn to attract women through training and practice. There's an industry of seminars, guidebooks, and tutorials, and a lot of money to be made from teaching 'skills'. So what does it tell us about these men and attitudes towards women? Rachel O'Neill is a Research Fellow in Sociology at the University of York and author of Seduction: Men, Masculinity & Meditated Intimacy.

Gender linked investment funds. The first mainstream fund to invest in UK companies based on their gender balance is to be launched. Dame Helena Morrissey, Head of Personal Investing at Legal and General, explains why she's spearheading the fund.

Gender pay gap reporting: what will happen to the 1500 companies who failed to report by the deadline? Rebecca Hilsenrath, CEO of the Equality and Human Rights Commission explains.

And the economic cost of child marriage. 12 million girls are married every year, yet ending child marriage could add trillions to the global economy. That's according to a study by the World Bank and the International Centre for Research on Women. Lyric Thompson, Director of Policy & Advocacy at the ICRW, and Mabel van Oranje, Chair of Girls Not Brides discuss.

What is it about Fortnite? A Feminist Government in Wales?