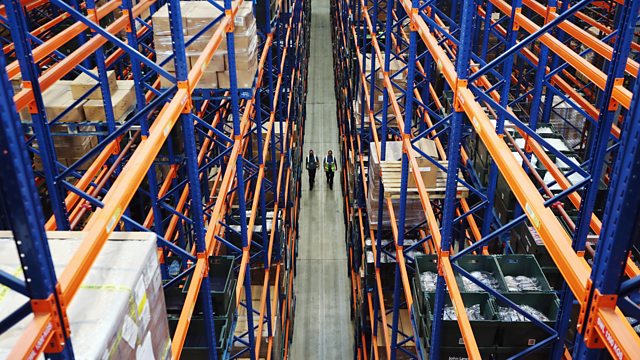 Giant factories are at the centre of Joshua Freeman's history of mass production. From the textile mills in England that powered the Industrial Revolution to the car plants of 20th century America and today's colossal sweat shops in Asia, Freeman tells Amol Rajan how factories have reflected both the hopes and fears of social change.

The poems in Jane Commane's collection, Assembly Line, are set in a Midlands where ghosts haunt the deserted factory floor and the landscape is littered with 'heartsick towns'.

The architecture critic Rowan Moore looks at the changing landscape of work in the 21st century, from huge impersonal distribution centres to the pleasure palaces of tech giants.

The economist Mariana Mazzucato is calling for a reform of capitalism, to replace taking with making. She argues that the global economy has become a parasitic system in which value-extraction is more highly rewarded than value-creation.

Joshua B. Freeman is Distinguished Professor of History at Queens College and the Graduate Center of the City University of New York.   He is a leading expert on the history of labour, modern America, and New York City.

Behemoth: A History of the Factory and the Making of the Modern World is published by Norton.

Jane Commane is editor at Nine Arches Press, co-editor of Under the Radar magazine, co-organiser of the Leicester Shindig poetry series, and is co-author (with Jo Bell) of How to Be a Poet, a creative writing handbook and blog series. In 2017 she was awarded a Jerwood Compton Poetry Fellowship.

Mariana Mazzucato is Professor in the Economics of Innovation and Public Value at University College London (UCL).  She advises policymakers around the world on how to deliver 'smart', inclusive and sustainable growth.

The Value of Everything: Making and Taking in the Global Economy is published by Allen Lane.

Rowan Moore is architecture critic of The Observer newspaper and was named Critic of the Year at the UK press awards 2014.

Slow Burn City: London in the Twenty-First Century is published by Picador.