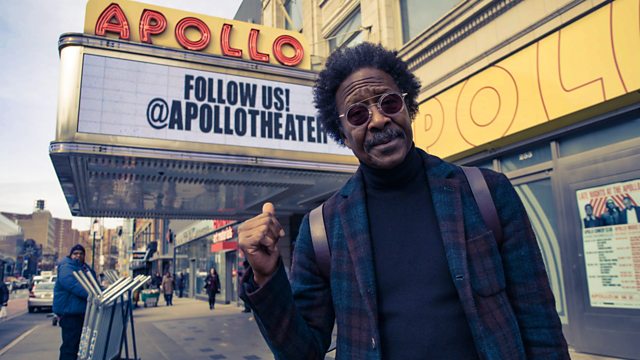 Tap America: How a Nation Found Its Feet

Clarke Peters, the writer of Five Guys Named Moe and actor in the likes of The Wire and Three Billboards, explores the origins, development and modern significance of the great American vernacular art form he has loved since a child – tap dancing.
From 17th century accounts of the dances performed by African slaves on American soil to celebrated 19th century dance-offs and contests between Irish and African-American dancers, through to the troubled Hollywood heyday of tap in the 1930s and 40s when black dancers were routinely excluded from the film roles their talent deserved.

The Hollywood Greats like Fred Astaire actually owed much of their style to the craft and innovation of unsung black performers such as John Bubbles, Bill Bojangles Robinson, The Nicholas Brothers and Baby Laurence. In the painful years of the 'Great Tap Drought' when audiences abruptly fell out of love with the dance after World War Two – depriving a generation of talented tap dancers of their livelihood. From the 1950s to the 1970s, tap was almost single-handedly kept alive in the mainstream by the genius of Sammy Davis Jr.

Clarke explores the fascinating story of the 'Tap Revival' of the early 1980s – spearheaded by the legendary Gregory Hines – and finds out how tap was made modern again, culminating in the hip-hop-inspired hoofing of Savion Glover and beyond. He ends his journey by meeting some of the biggest stars on today’s tap scene, such as Michelle Dorrance and Chloe Arnold’s Syncopated Ladies (who happen to be Beyoncé’s favourite tap ensemble)!

See all clips from Tap America: How a Nation Found Its Feet (4) 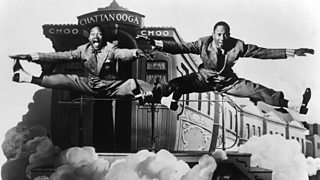