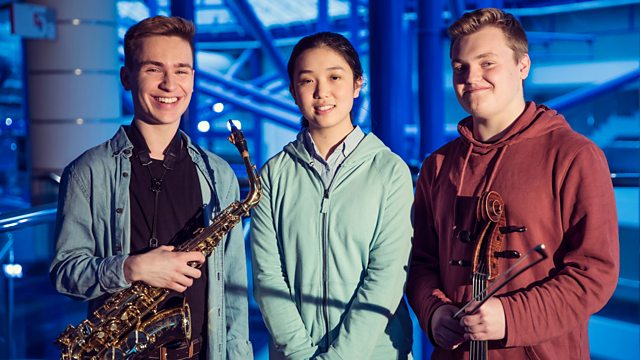 After a series of category finals and semi-final, the competition reaches a conclusion. Three finalists perform a full concerto with the City of Birmingham Symphony Orchestra.

After a series of thrilling category finals and semi-final, BBC Young Musician 2018 reaches its conclusion. Now only three musicians remain.

This year Symphony Hall in Birmingham plays host to the grand final, when these exceptional young finalists will perform a full concerto with the City of Birmingham Symphony Orchestra and the celebrated British conductor Mark Wigglesworth.

Clemency Burton-Hill and trumpet player Alison Balsom - herself a finalist in 1998 - join Josie d'Arby to present full coverage of what's sure to be a breath-taking finale to this year's competition. And that's not all - cellist of the moment Sheku Kanneh-Mason, who won the title in 2016, returns to perform the last movement of the Elgar Cello Concerto.

So who will follow in Sheku's footsteps and become BBC Young Musician 2018 in the competition's 40th anniversary year? Tune in to BBC Four for every note - it's not to be missed!

See all clips from Final (3)