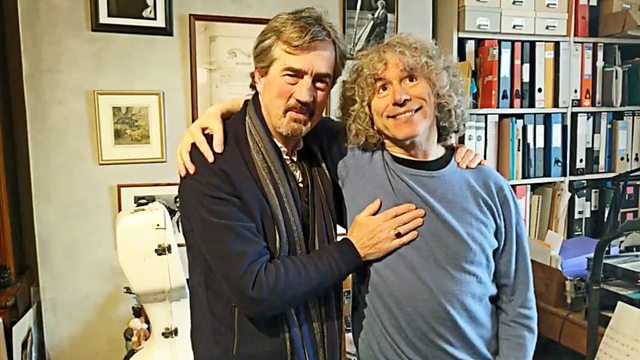 Steven Isserlis is one of the world's top cellists. He's acclaimed for his musicianship, technical mastery and thrilling performances. He is a chamber musician as well as a concerto soloist and appears regularly with the world's leading orchestras. He gives frequent masterclasses and has written books for children about the lives of the great composers. He has premiered many new works, including John Tavener's The Protecting Veil which was written for him.

Sebastian Barry is an Irish playwright and novelist. He has won the Costa book of the year award twice for his novels The Secret Scripture and Days Without End. He was elected a fellow of the Royal Society of Literature in 2009 and named the laureate for Irish Fiction this year.

For Only Artists, Steven and Sebastian reflect on how their family histories have influenced their work, on the fear and ecstasy of performance, and why listening is vital to writing.