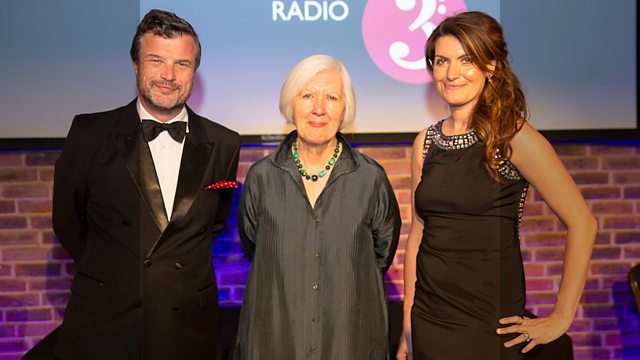 The RPS Awards from The Brewery in London

Andrew McGregor presents highlights of Wednesday night's ceremony, at which the winners of the 2018 Awards from the Royal Philharmonic Society were announced.

Andrew McGregor presents highlights of Wednesday night's ceremony at The Brewery in London, at which the winners of the 2018 Awards from the Royal Philharmonic Society were announced by Georgia Mann and Petroc Trelawny

The RPS Awards are the UK's most prestigious awards for live classical music, and this year's shortlists are particularly wide-ranging. Over 50 musicians, ensembles and organisations nationwide are in contention for this year's awards, which celebrate outstanding music making in 2017. The shortlists reveal a kaleidoscope of musical talent, invention and imagination, whether in the concert hall or on the opera stage, in the community or online, in written word, film or for the first time, via virtual reality.

These independent awards were set up in 1989 to celebrate the outstanding musical achievements of both young and established, British and International, musicians

The Awards are peer-judged. Each category is decided by an eminent jury from the music profession. The list of winners since 1989 reads as a roll call of the finest living musicians

The awards honour a broad sweep of live music making including categories for performers, composers, inspirational arts organisations learning, participation and engagement. There is no restriction on the nationality of recipients, but the awards are for achievements within the United Kingdom

The Royal Philharmonic Society has been at the heart of music for over 200 years and is dedicated to creating a future for music. It is one of the world's oldest music societies and has a thriving membership.