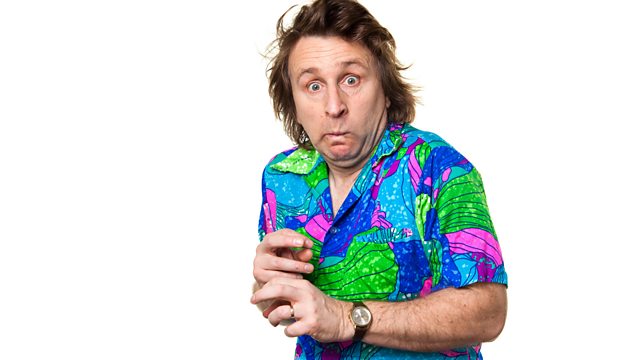 Thanks a Lot, Milton Jones! Series 3
Episode 3 of 6

Special offer! Why not sign on with Milton Prime, the pioneering audio comedy delivery service and listen to this week's programme completely free.

Mention Milton Jones to most people and the first thing they think is "Help!". Each week, Milton and his trusty assistant Anton set out to help people and soon find they're embroiled in a new adventure. Because when you're close to the edge, then Milton can give you a push.

"Milton Jones is one of Britain's best gagsmiths with a flair for creating daft yet perfect one-liners" - The Guardian.

"King of the surreal one-liners" - The Times

"If you haven't caught up with Jones yet - do so!" - The Daily Mail

Written by Milton with James Cary (Bluestone 42, Miranda), and Dan Evans (who co-wrote Milton's Channel 4 show House Of Rooms), the man they call "Britain's funniest Milton," returns to the radio with a fully-working cast and a shipload of new jokes.

The cast includes regulars Tom Goodman-Hill (Spamalot, Mr. Selfridge) as the ever-faithful Anton, Josie Lawrence and Ben Willbond (The Thick Of It).

With music by Guy Jackson

Produced and directed by David Tyler
A Pozzitive production for BBC Radio 4.

See all episodes from Thanks a Lot, Milton Jones!