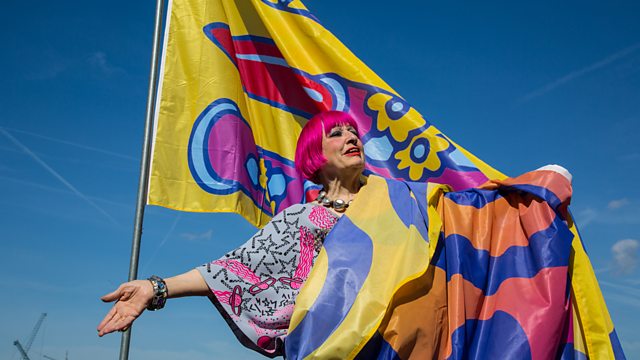 The latest ONS Crime Survey revealed that young women were the age group most likely to experience domestic abuse with an estimated 11% of 16-19 years old having experienced it in the last year. Jane speaks to three young women, now in their twenties, who talk about what happened to them in their first serious relationships.

(B)old is a festival at the South Bank Centre in London profiling artists aged 65 years and over. South Bank artistic director Jude Kelly and fashion designer Zandra Rhodes join Jane to discuss the challenges and cultural perceptions around creating art in later life.

The third interview in our series, How Fat Feels: Pheobe is sixteen and wears a size 18 to 20. When puberty hit at the age of ten, the weight piled on. Pheobe started to receive negative attention from classmates and strangers that triggered a spiral of events, leaving Pheobe and her family struggling to cope. She admits it's been a long journey but she's trying, and wearing bright colours makes her happy. Ena Miller went to meet Phoebe and her mother Ali to get an understanding of how fat feels through the eyes of a teenager.