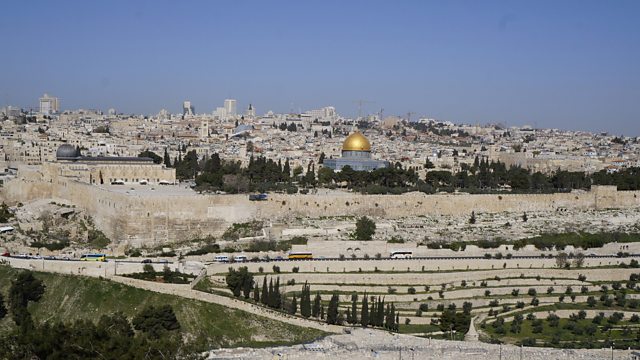 A Sunday programme special from Jerusalem

A special edition of the Sunday morning religious news and current affairs programme from Jerusalem, with Edward Stourton.

As Israel turns 70 this programme examines how those years have impacted on the three great Abrahamic faiths.

Edward Stourton meets Dr Micah Goodman, of the Shalom Hartman Institute in Jerusalem, to discuss the complex religious history of this land and the current mix of challenges and opportunities.

Edward visits Bethlehem to hear how the anniversary is viewed by Christians and Muslims living in the city.

Trevor Barnes reports on what the creation of the state of Israel has meant for British Jews.

Yolande Knell visits the Armenian Quarter in Jerusalem to hear how Armenian Christians are trying to retain a presence in the city.

Robi Damelin and Ikhlas Shtayeh, members of the Parents Circle Families Forum, which is a grassroots organization of Palestinian and Israeli families who have lost family members due to the conflict, share their stories.

Ahmad Budeiri is a Palestinian Analyst and Nathan Jeffay is Associate Israel Correspondent for the Jewish Chronicle. They join Edward to discuss the changing religious landscape and what that means for wider social and political change.