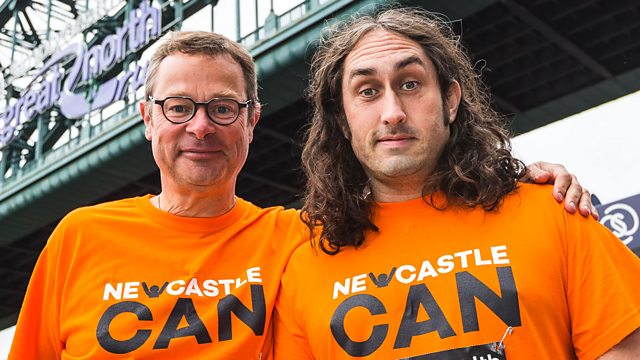 Britain is already the fattest country in western Europe and if current trends continue, more than half of us will be obese by 2050. Two-thirds of us are already overweight and there is no doubt that our poor diet and lack of exercise is slowly killing us - as well as crippling the NHS. After smoking, obesity is the next biggest cause of premature death in the UK.

Hugh Fearnley-Whittingstall is on a mission to try and do something about this health crisis. He is going to challenge some of the biggest food companies and restaurant chains to be more honest about what they are selling. He asks the government what they are doing to tackle this crisis. And he is going to see if it is possible to change the eating habits of a whole city by challenging the people of Newcastle to lose 100,000lbs in a year.

Hugh is surprised to learn bottles of fruit juice and smoothies can contain as much sugar as a can of fizzy pop. Most people he meets in the street have no idea. He is also confused that the labels on the bottles seem to suggest that anything up to 330ml is a single portion size, when in fact the government recommends not drinking any more than 150ml of juice or smoothies a day. Hugh also turns the spotlight on our most popular high street restaurant chains, because children are eating out twice as much as they did in the 1970s. He challenges the restaurants to reduce the amount of sugar in their puddings, to put calorie information on their children's menus and to stop selling bottomless fizzy drinks. When he lets them know there is a window of opportunity to do something before a league table is published, ranking 25 restaurant chains from best to worst, ten make very significant changes. Between them they are now selling 72 million healthier children's meals a year.

Meanwhile up in Newcastle, it is six months since Hugh launched his attempt to change the eating habits of a whole city. It has got off to a slow start but after staging a big exercise event on the High Street and with Ross Noble's help on social media, it soon starts to take off. In Newcastle, bus driver Jonny is given some shocking news when he is diagnosed with Type 2 diabetes. This inspires Jonny to make big changes to his lifestyle, which culminates with him running the Great North Run 5k with Hugh and a big group of other members of Newcastle Can. 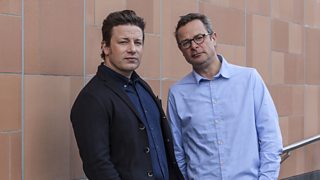