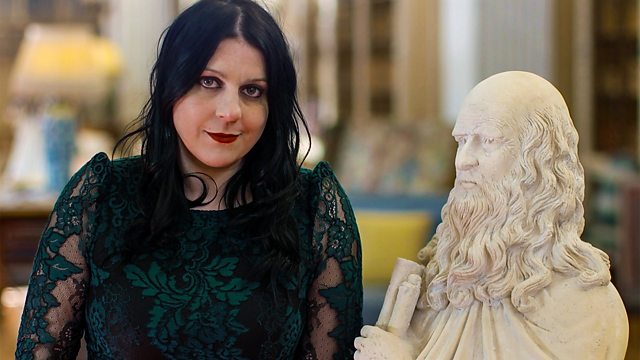 Art on the BBC: The Genius of Leonardo Da Vinci

Janina Ramirez explores the BBC archives to create a TV history of Leonardo Da Vinci, discovering what lies beneath the Mona Lisa and even how he acquired his anatomical knowledge.

Art historian Dr Janina Ramirez embarks on a journey through six decades of the BBC archives to create a television history of one of the most celebrated figures in art - Leonardo Da Vinci.

Ramirez shows how experts and art presenters - from Andrew Graham-Dixon to Fiona Bruce to Kenneth Clarke - have turned to television to bring Leonardo's artwork out of galleries and into our living rooms. Through television they have explored the origins of Leonardo's boundless curiosity, his pioneering use of light and shade, and his remarkable scientific exploration.

Along the way Dr Ramirez discovers Britain's little-known version of The Last Supper, the gruesome ways Leonardo acquired his anatomical knowledge - and even what lies beneath the Mona Lisa.