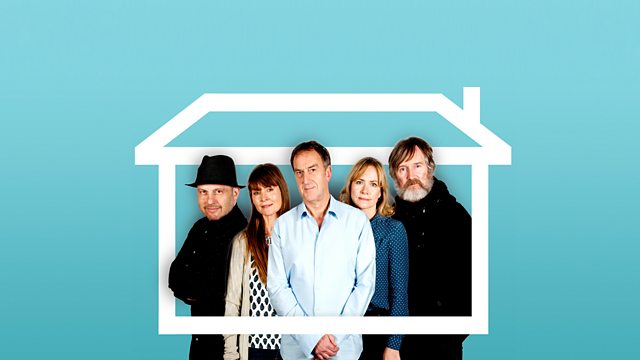 Mitch's inability to say no causes issues, while Will tries to help Louisa with filming. Stars Angus Deayton. From 2018.

Mitch's inability to say no causes problems when he agrees to go for drinks with Ellie and a friend of hers, Marie (Hilary MacLean), who is keen to meet him, and then agrees also to help out Morris by making up a four for a dinner party on the same evening.

Louisa meanwhile has a big casting opportunity and, perhaps unwisely, enrols the services of Will to help her film a scene.

Mitch is a widower and part-time therapist who is looking to put his life back together now that he is single and living - supposedly temporarily - with Will, his younger, more volatile and unhappily divorced half-brother.

Elsewhere in the building are schoolteacher Ellie who is shy, nervous and desperately missing her ex-boyfriend, overly honest, frustrated actress Louisa, and socially inept IT nerd Morris.

An Absolutely production for BBC Radio 4 first broadcast in May 2018.