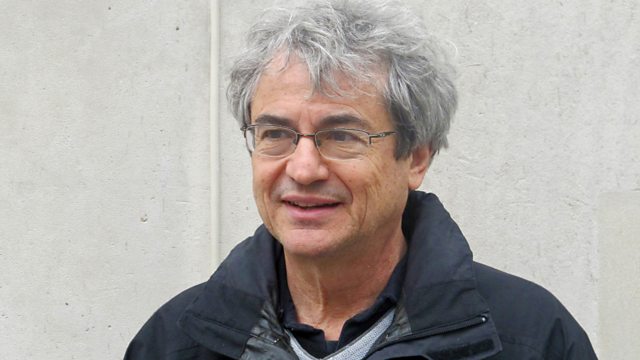 Carlo Rovelli on why time is not what it seems

Carlo Rovelli describes to Jim Al-Khalili how political activism and LSD opened his mind to a radically different way of thinking about time.

Carlo Rovelli first became interested in the nature of time when he took LSD as a young man. Later he became curious about the world of the almost absurdly small, where time has no meaning and space is grainy.
He took seven years to complete his undergraduate degree, having spent a lot of time protesting against the political establishment, falling in love and travelling. An extended hippy trip across north America was, he says, perhaps the most useful time of his life. All this rebelling taught him the value of seeing the world in a different way and the benefits of challenging the status quo. In the end he concluded it was easier, and more meaningful, to challenge Einstein's understanding of time, than it was to overthrow the government.
He's a theoretical physicist who became a household name when his book Seven Brief Lessons on Physics became an unexpected international bestseller. His concise, and poetic, introduction to the laws and beauty of physics has sold more than a million copies. He's also a pioneer of one of the most exciting and profound ideas in modern physics, called loop quantum gravity.
Early in his research career, he rejected more mainstream approaches to unifying physics (string theory for example) in favour of trying to understand the quantum nature of gravity. No one in Italy was working on this when he started to think about it in the early 1980s, and his PhD thesis was effectively unsupervised. The quantum world he studies is a billion trillion times smaller than the smallest atomic nucleus. When understood at this absurdly tiny scale, the world is 'a frenzied swarming of quanta that appear and disappear'. It makes no sense to talk about time as we understand it, or even things. The world is made up of a network of interacting events, 'kisses not stones', that are linked together by loops. And the evidence that's needed to prove the theory of loop quantum gravity will be found by studying the white holes that emerge when a black hole dies.
Producer: Anna Buckley.

Callum Roberts on the urgent need for marine conservation