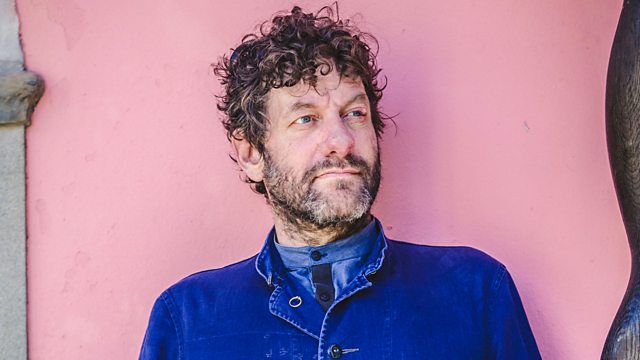 To Rhyme and Chime for a Chair

Welsh poet Twm Morys takes a sonorous journey into a world of sound-harmony and chiming consonants to explore the ancient craft of Cynghanedd.

Join the gravelly-voiced Welsh poet Twm Morys as he takes a sonorous journey into a world of sound-harmony and chiming consonants, to explore the ancient craft of Cynghanedd.

Over many centuries, the people of Wales developed a unique set of poetic patterns. Unlike most English language forms, these focus on the sounds produced within a line and the echoes left after, rather than solely on the words themselves. The most famous of these forms is Cynghanedd, a unique sound-arrangement within one line, using stress, alliteration, and rhyme according to very strict rules. Used in Welsh-language poetry since the sixth century, it's a form which is famously brought to life every year at the National Eisteddfod music and poetry festival where one lucky bard is awarded with a Chair for writing the best piece of Cynghanedd.

But it's not just a craft for scholars and bardic masters. This patterning of consonants, rhyme, and stress is practised by people from all walks of life - in village halls across the country and even in a weekly competition on the national Welsh language radio station, BBC Radio Cymru. It's thought that there are more practitioners now than at any time in the past.

The rules of Cynghanedd, though suited especially to Welsh because of the language's unique use of consonant mutations, can equally be applied to any language under the sun - even to Tolkien's made-up ones. In English, "Do not go gentle into that good night" is a perfect example of Cynghanedd. It's a form enjoyed by many English-language poets from Ange Mlinko to Gerard Manley Hopkins.

Also known as "consonantal rhyme", Cynghanedd have more in common with music than traditional poetry and, like a piece of music, it is made up of more than just one note. Indeed, the word itself translates as "harmony"- something to be heard rather than written.